Liam Gallagher: I Want To Party With Prince Harry

Liam Gallagher wants to party with Prince Harry and insists he would get drunk and naked ''every night'' if he was a flame-haired royal. 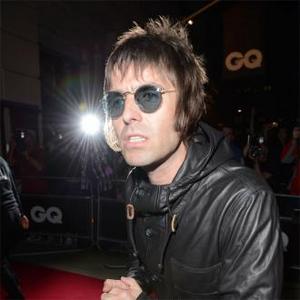 The Beady Eye frontman is keen to hit the town with the flame-haired royal - who was recently photographed naked in a Las Vegas hotel suite enjoying a game of strip billiards - and insists if he was a prince he would be going out and taking his clothes off every night ''just for the hell of it''.

Speaking at the GQ Men of the Year Awards on Tuesday night (04.09.12) - at which he presented cycling hero Bradley Wiggins with his Lifetime Achievement accolade - he said: ''I'd like to party with Prince Harry. He's cool. If I was a ginger prince and third in line to The Throne, I'd get p***ed and naked every night. Just for the hell of it. I've never got so bladdered I've got naked though. I can handle my booze.''

Liam recently partied with Spice Girls Geri Halliwell, Mel B, Emma Bunton and Mel C after he and the girl group performed at the London 2012 Olympics closing ceremony last month.

While he cheekily admits the band are ''not bad for old dears'', he does not have the same affiliation towards Russell Brand - who Geri recently enjoyed a brief fling with.

The 'Wonderwall' singer added to the Daily Star newspaper: ''Russell's a d**k. I don't really care about any of his relationships. All I know is anyone can do better than go out with him. I get on with Geri, she's all right.

''We've both got small dogs so we meet on Hampstead Heath sometimes.

''The Spice Girls were a lot better on the booze than I thought after the Olympics. They're not bad for old dears.

While Liam recently partied with the girl group, his dreams of hanging out with Harry in London seemed to be over as the former Oasis singer revealed he is banned from every club in the capital city.

He told the Daily Mirror newspaper: ''I'm banned from everywhere. All the clubs in London. They've all banned me.''