Liam Gallagher Has Sons Of The Stage

Liam Gallagher has revealed his sons, Lennon and Gene, are both budding musicians and he believes they can be the future of British music. 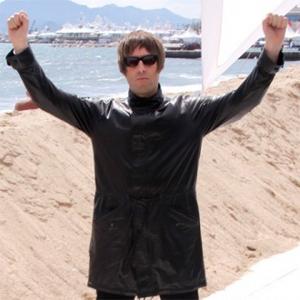 Liam Gallagher thinks his sons can save British music.

The Beady Eye frontman is already proud of the musical abilities of 12-year-old Lennon - his child with ex-spouse Patsy Kensit - and 10-year-old Gene, his son with wife Nicole Appleton, and thinks they will go on to enjoy chart success.

Asked who he thinks should be responsible for the future of rock 'n' roll, he said: "My kids mate. They're gonna have it. My little boy Gene is a drummer. He did his first gig the other day at school.

"He got up in front of 200 people at the school, first gig ever and he was drumming as well as the 14, 15 year olds. But whereas they were all f***ing s**tting it, he got off and went, 'Yeeeeesssss man.' Big round of applause. And my other kid's having a crack at the guitar."

Despite making his Fortune as a rock star, Liam - who was formerly the frontman of Oasis - insists he is not pushing his kids into music.

He added to Q magazine: "I let them get on with it. The teachers are always going, 'Oh you should make them practise more.' But as far as I'm concerned, when they get home from school, they do what they want. There's time for all that really getting their heads down when they are older."