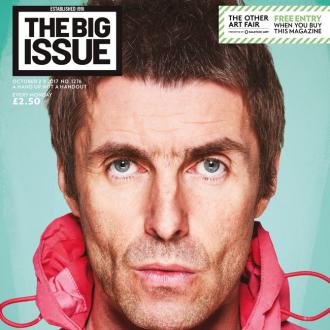 The 'Wall of Glass' hitmaker claims the spotlight has always been on him so going it alone is just the same as being in a band.

Speaking about his upcoming LP, 'As You Were', he said: ''It doesn't feel any different to an Oasis record.. I sing the way I've always sung and I still get the same hit.

''It's always been about me anyway, you know what I mean? So nothing's changed.''

And the 45-year-old rocker insists the album is very honest and comes from the ''depths of [his] soul''.

Speaking in an interview with The Big Issue, he said: ''I can't bulls**t myself, you know what I mean? 'Cause I have to live with me. Twenty-four seven.

''I'm not into going to parties with a load of people I don't know from OK! magazine, swapping numbers, all that s**t.

''It's the same on stage. When I go on there and I sing... I ain't an entertainer...But I hope people see that I'm singing from the depths of my f***ing soul. And it's the real deal. That's all I can really do.''

And Liam thinks it is good to speak about the things that have bothered him - but he didn't want to go too far.

He said: ''I definitely dug a bit deeper. It's good to get things off your chest or else you'd go f***ing mad. But I don't want to give everything away. There are certain things you have to keep to yourself.''

The Big Issue with the exclusive interview with Liam Gallagher is available to buy from Monday (02.10.17) from Big Issue vendors across the UK for £2.50. 'As You Were' is released on 6 October.