'Everything's Electric' star Liam Gallagher has dedicated his NME Music Moment of the Year Award - which he will receive at the ceremony on March 2 - to NHS staff and care workers. 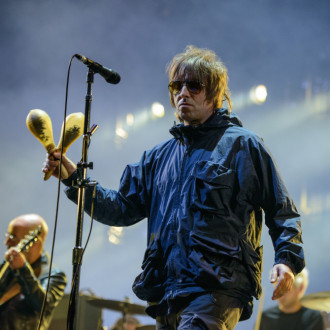 Liam Gallagher has dedicated his NME Music Moment of the Year Award to NHS staff and care workers.

The former Oasis frontman will be recognised with the prize at this year's BandLab NME Awards in honour of the free gig he played for healthcare workers at London's O2 Arena last summer.

He said: "I’d like to thank NME for the Music Moment Of The Year award and would like to dedicate it to all the NHS and care workers and all the people that give a s*** in general. LG x”

Liam will collect the prize at the NME Awards 2022 ceremony at London’s O2 Academy Brixton on March 2.

The 'Everything's Electric' star was joined by Primal Scream for the show in August 2021 as they welcomed the return of live music while thanking NHS staff for everything they've done during the pandemic.

When the 'Shockwave' hitmaker originally announced the show - which was delayed several times due to health crisis - he wrote on social media: "It's an honour to announce that I will be doing a gig for the NHS and careworkers at London's TheO2 on October 29th. They do an incredible job, we are very lucky to have them. LG x (sic)"

NHS staff were able to pick up a maximum of two tickets - one for themselves, and one for a guest - on April 15, 2020, and tickets were only available to "NHS staff and NHS contract staff who work in NHS hospitals in the United Kingdom".

The free show came after Liam previously claimed he wanted to reform Oasis alongside his brother Noel Gallagher for a charity concert to benefit the NHS once the pandemic is over.

Back in March 2020, he tweeted: "Listen seriously a lot of people think I'm a **** and I am a good looking **** but once this is put to bed we need to get oasis back for a 1 of gig rite for charity c'mon Noel we can then go back to our amazing solo careers c'mon you know LG x (sic)"