British rocker Liam Gallagher has hit out at Sacha Baron Cohen, saying he is ''full of s**t''. 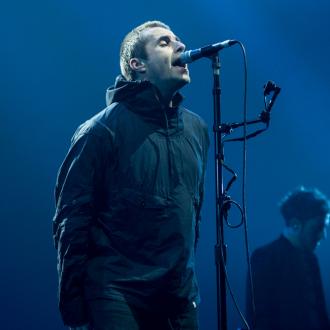 The 45-year-old rocker has hit out at the British comedian, who previously claimed that Liam once threatened to ''stab him in the eye'' at a party.

Liam said: ''That f***ing geezer Sacha Baron Cohen. He's full of s**t, mate. Was that after I f**kin' threatened to stab him? Was that that one?

''He's a good comedian but he's a bit f***ing jackin' on, innit. I remember that night as well because I think he was trying to tell some f***ing story.''

Asked whether he really threatened to stab Sacha, Liam replied: ''Mmhmm. Because he was getting lippy. He said I was gonna stab him in one eye, but I said two.''

Sacha first told the story on a US talk show. But Liam has suggested the comedian had an agenda, saying he's aligned with his brother and former Oasis bandmate Noel, as well as U2's Bono.

Liam told Junkee.com: ''I think he doing the rounds, he was selling some f***in' s**t film that he'd done. He was trying to bring me into the fray and that.

Liam claimed that Sacha, Noel and Bono are all a part of the Illuminati, the world-famous secret society.

Speaking about Sacha, Liam continued: ''I think he's over on that f***in' [makes Illuminati sign].

''Scientology f***ing, that side [makes Illuminati sign again]. He's one of them isn't he, thinks he's all Illuminati and that. F***ing k***heads, all of them.''