Liam Gallagher believes his stubborn brother Noel has stopped an Oasis reunion because he'd rather be a solo artist. 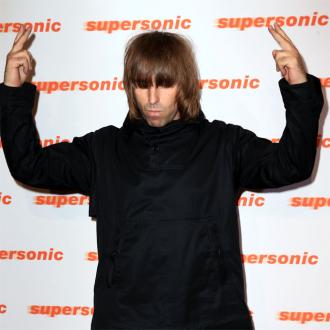 Liam Gallagher has blamed his brother Noel Gallagher for their band Oasis not having a reunion this year.

The 44-year-old singer and his older sibling have been at loggerheads since they fell out in 2009 when he quit the group but, although he's not overly interested in making up with the 49-year-old rocker, he believes Noel's determination to be a solo artist is shattering the chances.

Taking part in a Q&A with Johnny Vaughan at Manchester City's Etihad Stadium for Radio X, the 'Songbird' songwriter was asked to get Oasis back together.

To which Liam replied: ''This is a serious question and I'm not bringing the mood down. Our kid's (Noel's) going around like I've stabbed his f***ing cat. He wants to be in a solo band. If people think me having a dig on Twitter is what's stopping the band getting back together, they're mad. If they want the band to get back together they'll have to ask our kid. It's down to our kid.''

However, Liam has accepted that Oasis aren't going to reunite any time soon and is now busy recording his first solo album after signing a deal with Warner Music.

The musician - who formed Beady Eye after Oasis' break-up before calling time on the group in 2014 - can't wait to drop his own collection of songs but has admitted there's nothing better than being in a rock 'n' roll band.

He said: ''You can do your solo records, you can be wherever you want, but when you're in a band and you're playing your music to four, three geezers playing back to you, there's no better feeling.''