Liam Gallagher made a big mistake yesterday when he took to Twitter to respond to the rioting between English and Russian football hooligans, using homophobic slights in reference to the latter. It wasn't the most tactful language to use in the wake of the Orlando shooting, but he has since apologised and removed the Tweet. 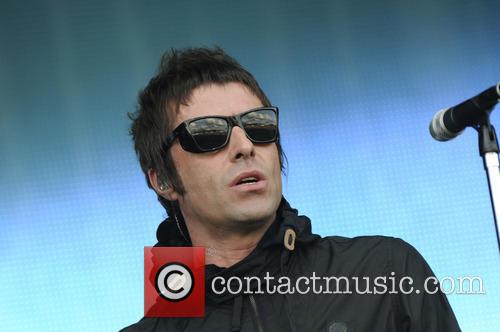 Ever causing controversy, the former Oasis singer weighed in on the Euro 2016 violence occurring in Marseilles, France with a comment that was labelled by one Twitter user as 'veiled homophobia'. However, he has now apologised for his hurtful language in a Tweet posted earlier today (June 16th 2016).

'If I've upset anybody with my tweets I apologise that includes you RKID as you were', he wrote. For those unfamiliar with Gallagher's Manchester dialect, 'RKID' is a deliberate misspelling of 'our kid' which is an affectionate name usually reserved for his brother Noel Gallagher. Whether this means that he is apologising directly to his sibling is uncertain, as the pair haven't had a close relationship for many years. Plus, there's no reason why easy-going Noel would be particularly offended anyway.

In fact, it's more likely that this was a vague apology referring to a string of bizarre comments he's Tweeted out recently, including a picture of his brother with the caption 'Potato'. Which resulted in many complaints from Noel fans. We literally have no idea what the backstory is behind this.

The Tweet in question that caused the homophobia backlash read: 'Russian hooligans skintight shorts bumbags batty boy muscles ha ha I'd be more worried bout getting me a**e pinched.' He has now deleted the Tweet after a several people accused him of using 'outdated' slurs, and berated him for his flippancy towards the gay community especially in the wake of the shootings in Orlando where 49 people were shot dead while partying at the LGBT nightclub Pulse.