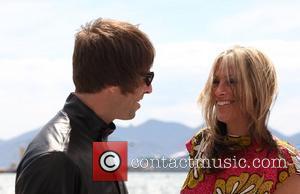 Liam Gallagher's Beatles film project will feature music from his new band.
The singer is working on a movie adaptation of Richard DiLello's book The Longest Cocktail Party - about the last days of the Fab Four - and Gallagher has revealed that instead of using old Beatles songs for the soundtrack, he and his new band will come up with new tracks.
The new group feature his Oasis bandmates.
Gallagher tells Britain's Guardian newspaper, "We could use The Beatles if we want it, but we're gonna do it. My new band's going to do the soundtrack.
"We can recreate that sound like that, you know what I mean? I think it will be more exciting if you have a sound that reminds you of that era, instead of the obvious, going, 'Oh, there's Let It Be'."