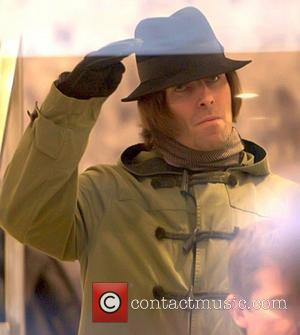 Liam Gallagher suffers from skin disease psoriasis - and the condition is so bad, a fan once mistook flakes of skin on the rocker's scalp for cocaine.
The former Oasis star has opened up about the disorder, revealing his entire body is covered in sensitive red patches.
And Gallagher credits the problem with causing one of his most bizarre fan incidents - after a devotee saw white flakes of skin shedding from his scalp and snorted his hair thinking it was cocaine.
Gallagher tells Q magazine, "I've got bad skin. I've got psoriasis all over my f**king body. Everywhere except me face. And every now and again on me head.
"Everyone's backstage and this geezer (man) comes up to me off his t**s (intoxicated), going, 'I ain't seen Oasis for f**king years, f**king great.' And I'm going, 'Yeah, alright.' And he goes to his mate: 'Look Steve, he's even got cocaine in his hair.' And he pulls a bit of s**t out me hair and snorts it up both nostrils. On my f**king life, it's true."