Gene Gallagher said that his cousin Anais looks like Noel 'in a wig'.

The endless sibling feuding in the press between former Oasis stars Noel and Liam Gallagher has kept the media entertained for over twenty years.

Now the family rivalry looks set to continue with the bickering seemingly transmitted to their children, as Liam’s son Gene had a pop at Noel’s daughter Anais, saying that she looks like Noel in a wig.

Liam’s 16 year old son Gene took to Twitter to mock his cousin’s appearance, saying that she bears a resemblance to Noel with a “blonde wig”, after 17 year old Anais was snapped recently at the Tommy Hilfiger London Fashion Week with fellow celeb offspring Rafferty Law and Gabriel-Kane Day-Lewis. 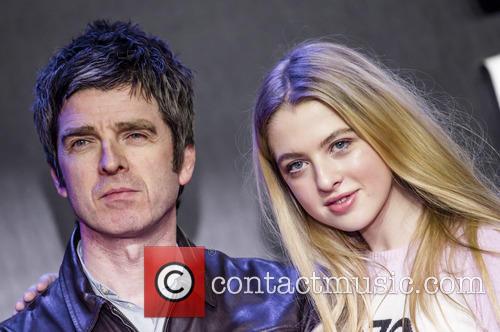 Noel Gallagher with his daughter Anais in 2015

More: Liam Gallagher brings his ‘As You Were’ tour to the UK in December

Anais is the daughter of Noel and his former wife Meg Mathews, and has been seen at a number of fashion parties since she was picked up by a modelling agency at the age of 15.

Perhaps with his conscience getting the better of him, Gene soon deleted those tweets but nevertheless continued his tirade against his older cousin.

“Whoever got to choose who got to model for Tommy Hilfiger is a complete doughnut who should go spec-savers… Never will u ever see me attend celebrity driven, posh rubbernecking, kids culture club…”

Gene, whose mother is Liam’s ex-wife Nicole Appleton of All Saints, then shared a picture of his older brother Lennon, 18, writing: “If this man isn’t on stage walking then u know it’s gonna b sh**e.”