Alan McGee: Liam and Noel are too happy to reform Oasis

Noel and Liam Gallagher are the ''happiest'' they've been for years and that's why they won't reform Oasis, the band's former label boss Alan Mcgee has claimed. 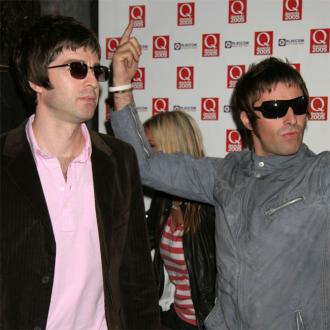 Noel and Liam Gallagher won't reform Oasis because they're both too happy, the band's former record label boss Alan Mcgee has claimed.

Rumours have been swirling round for weeks the two brothers could reunite the super-group next year and at one point were said to have reached a ''gentleman's agreement'' to do so.

However, McGee - who discovered the band at a gig at King Tut's Wah Wah Hut in Glasgow, Scotland, in May 1993 and signed them to Creation Records - doesn't see them getting back together any time soon because they're both enjoying life apart too much.

In an interview with Mirror Celeb on website Mirror.co.uk, he said: ''Liam and Noel are the happiest I've seen them in years so for that reason I can't see a reunion happening. I've met Noel on numerous occasions recently and bumped into Liam a few times and we've had lengthy conversations and a reunion has never been discussed ... (But it could happen at) some point in the next 20 years.''

McGee speaks to Noel, 47, more than his younger sibling but insists he is still close to Liam, 42, it's just he has avoided for the last 20 years the party scene the rock 'n' roll hellraiser is so fond of.

The music mogul explained: ''I haven't got Liam's mobile phone number any more - I have Noel's - but not Liam's. That's not because I don't like him, because I do. It's just because I don't have anything in common with him any more. Liam is lovely. He's actually a real gentleman. But we have separate lives.

''I live in a small town in Wales where nobody gives a f**k who you are. If I wanted to be involved in the showbiz world I'd be in London.''

McGee is adamant the backstage bust-up in August 2009, split and subsequent war of words between Liam and Noel isn't all some elaborate plan to make them both even more millions from a comeback.

The wise Scot insists their feud is for real and the barbs they aim at each other are intended to hurt.

He said: ''It's as real as it gets. They are not showbiz-y people like that. When they say something, they mean it. When Liam's calling Noel Katie Hopkins he really means it.''

Since the break-up Noel launched a solo career and has released two hit albums, most recently 'Chasing Yesterday' this year, under the name Noel Gallagher's High Flying Birds.

Meanwhile, Liam formed the band Beady Eye with other members of the final Oasis line-up, despite releasing two critically lauded LPs the band split in October 2014.