Lewis Hamilton is seeking feedback on his music from pals Pharrell Williams, Timbaland and Drake. 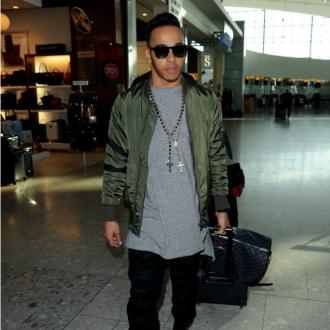 Lewis Hamilton is seeking feedback on his music from Pharrell Williams and Drake.

The Formula One racing champion has been teasing the launch of his music career for several months, and has now revealed details about the favourite of his tracks, titled 'J'adore', which he has sought advice on from his musical pals including rapper and producer Timbaland.

He explained: ''My best song is called 'J'adore'. It is kind of urban pop and I sing as well.

''I have played it for Pharrell Williams as well as Timbaland and Drake because I want feedback from as many people as possible.''

The 30-year-old hunk - who split from on/off girlfriend, 'Don't Hold Your Breath' hitmaker Nicole Scherzinger in February after seven years together - admitted he is using his creative talents to express his feelings and finds it ''a really good way of clearing your thoughts''.

He continued: ''I write my own stuff. I really enjoy the whole creative thing and I've always loved doing it.''

However, the racer revealed he only got into making music after he created a recording studio in his home for his former flame.

In an interview on BT Sport, he added: ''I actually built the studio in my house for someone else and ended up using it.