Formula 1 Star Lewis Hamilton Has Removed A Video In Which He Shoots An Ak-47 Machine Gun From Instagram.com, Just Hours After A Foiled Terror Attack On A Paris Train On Friday (21aug15). 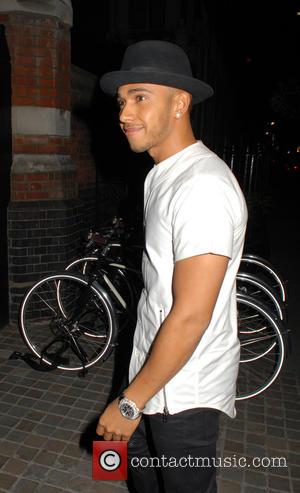 The racing driver posted the video footage, in which he takes aim at a target and shoots from the semi-automatic weapon before posing for the camera, hours after news of the terror attack hit outlets.

Hamilton was ordered to take down the video - which fans have called insensitive - by his Mercedes team boss Niki Lauda. Hamilton's team manager Toto Wolff said the driver "needs to be aware of what is happening in the world".

The video was posted just hours after a gunman attacked a train travelling from Amsterdam to Paris.

However, Hamilton has denied posting the video, telling the MailOnline.com that a friend handles his social media accounts during race weekends. He adds, "I went to the shooting range, shot some fun targets. It was a lot of fun."

The sportsman, who has been romantically linked to Rihanna in recent weeks, was preparing for Sunday's (23Aug15) Belgian Grand Prix when the video and the fall-out took place.

The drama clearly didn't affect his driving as Hamilton beat Mercedes teammate Nico Rosberg to win the race and extend his championship lead.