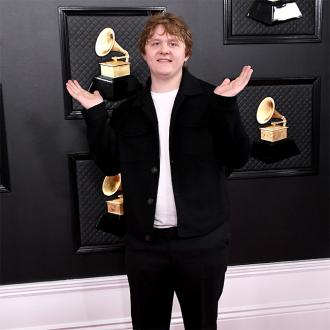 The 23-year-old singer - who released his debut record, 'Divinely Uninspired to a Hellish Extent', in May last year - has revealed he's moved a significant step closer to launching his much-anticipated new album.

During a Q and A with fans, Lewis shared: ''I have 11 songs for the new album now. Hopefully it will be out at some point next year.''

The award-winning star admitted he's felt under a bit of pressure following the success of his debut record.

Lewis explained, according to The Sun newspaper's Bizarre column: ''Writing a follow-up to this big guy has been equal parts difficult and rewarding.

''I felt I was doubting myself. You feel terrible and I don't think people talk about how bad you feel.''

The singer bought a Peloton designer cycle in order to do some spin classes at his home in Glasgow, Scotland, where's he's isolating amid the coronavirus pandemic.

Lewis shared: ''I've just bought a Peloton, the thing you do spin classes on.

''When I finish my quarantine exercising and we're back into the world, I'm going to walk around with my top off all the time drenched in baby oil.

''My abs are going to be glistening.''

The 'Someone You Loved' hitmaker also revealed how the lockdown has impacted his mental health.

He said: ''It's a very strange time. It's just not knowing where the end is.

''I kind of feel like there is no end in sight at the minute. My anxiety is quite high, but we soldier on.''