Lewis Capaldi admits that he feels under pressure to be funny at gigs and gets ''nervous'' about joking between songs.

Lewis Capaldi feels under pressure to be funny.

The 'Someone You Loved' singer admits that he feels like a comedian as fans want him to joke at concerts, although it makes him feel ''nervous''.

In an interview with US radio station Kiss FM, Lewis explained: ''The singing is fine but the speaking in between the songs is when I'm most nervous.

''I can't handle the pressure, it's so intense.

''Even if people have come to see a gig, to see me play music, if I don't tell a couple of jokes on stage people get like really upset with me.''

Lewis confessed that he is now simply repeating the same jokes each night.

He explained: ''Oh man, it's stressful. What I do now is just I say the same stuff every night as if I was a stand-up comedian but obviously not as good or funny.''

The Scottish singer recently revealed that he was not planning to release any new music in 2020 because everyone has ''suffered enough''.

Capaldi has been writing new tunes during the coronavirus lockdown but has no plans to share them until 2021, as he joked that his fans have already had to cope with the Covid-19 pandemic.

He was quoted by the Daily Star newspaper as saying: ''Hopefully I will release a new song and a new album next year.

''I won't release another album this year or anything.

''I think people have suffered enough in 2020 they don't need another song from me.'' 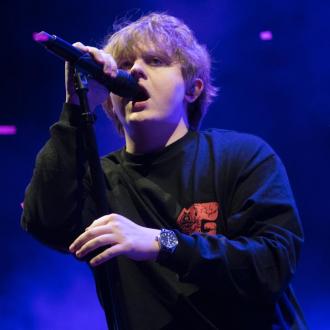