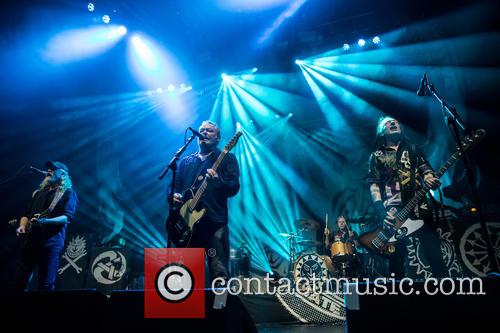 Folk-punk artists The Levellers, well known for producing tracks surrounding political and economic issues such as 'Battle of the Beanfield' and 'Liberty Song', are set to release their latest album 'Static on the Airwaves' on June 25th 2012. They have also released a new single, 'Our Forgotten Towns', with a video.

Brighton-based rocker The Levellers the first single from forthcoming studio album Static On The Airways will be titled 'Truth Is.' The video accompanying the single has also be made available by the politically motivated band, having already picked up over 5000 views it seems that after 24 years together the band are still as prominent and well regarded by their peers as they ever have been.