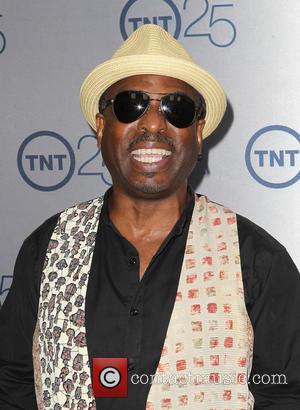 Actor LeVar Burton is celebrating after fans surpassed the goal of raising $1 million (£625,000) in less than 24 hours of launching the Kickstarter.com campaign on Wednesday (28May14), in a bid to bring back his popular U.S. children's show Reading Rainbow.

The Star Trek: The Next Generation star hosted the educational series from 1983 until 2005 and now he is set to revive the programme on the internet after going above and beyond the lofty goal in just 10 hours.

He shared his astonishment about the outpouring of support to Deadline.com, saying, "Never in my wildest dreams did I imagine that we would reach our goal on the very first day. People are getting involved - it’s been pretty overwhelming."

In a post on the crowdfunding site urging fans to donate he writes, "I am hoping you will join me on my mission to bring Reading Rainbow back for every child, everywhere. Together, we can change the lives of millions of children. But you don't have to take my word for it: just keep reading!

"I believe that every child has a right, and a need, to be literate. We have a responsibility to prepare our children... and right now, the numbers show that we, as a society, are failing in that responsibility."

With the funds, Burton will also create a classroom-friendly version of his popular show for teachers.

The actor joins the club of last year's (13) highly-successful Veronica Mars campaign, which raised the $2 million (£1.25 million) goal of turning the cult Tv series into a big screen film in just five hours, going on to set Kickstarter.com history with more than 88,000 backers donating over $5 million (£3.4 million).