By Andy Peterson in Music Reviews on 14 December 2016

They say the heart of rock n' roll is in Cleveland, but it's probably fair to say that fewer people believe that dance music's essence is in Wolverhampton. No matter, as Letherette - production duo Andy Harber and Rich Roberts - are putting the Black Country's epicentre on the map for all the right reasons, much you suspect to the chagrin of Noddy Holder.

Released in 2013, the pair's eponymous début built substantially on their first EP Featurette, a mix of front and back room club vibes and heavy-lidded duvet day ambience. It's a pick and mix  approach that they've wisely opted to go with again here with Last Night On The Planet, never dwelling on one facet for anything more than a tune or two and keeping their horizons fresh by deploying the by now familiar toolset of working with hard hatted collaborators.

That's the good news. Now for the really good news: Harber and Roberts have used the unusually long period between records to perfect their special sauce, cutting down on the out and out bangers true, but in the process welcoming in more interesting characters. Classic Dilla-influenced opener Momma - Rejjie Snow on the mic, providing just the right mix of outrage and vulnerability - gives an initial impression of something not broken being fixed, but whilst hip-hop stylings resurface once more on the titular final track, they're both welcome guests rather than party hosts.

Letherette are a relatively anonymous production duo from Wolverhampton whom we first met at the end of last year via their Featurette EP, a debut release on Ninja Tune and one that covered numerous bases between house, techno and the lustrous experimental nu funk of contemporaries such as Rustie. 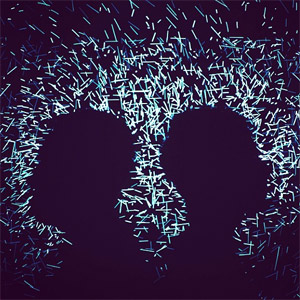 Possibly the most intriguing quality it revealed though was a rare talent for being introspective whilst still delivering the dancefloor goods whenever questions are being asked. Featurette survivor Warstones is probably the best example of the latter, deploying pneumatic beats, cut up vocal samples and a snare that sharp it needs a health warning, but the adapted R&B of opener After Dawn and the equally sassy Restless also makes a case for our heroes chucking the dubstep baby out with the bathwater and loving it.

If this is one half of their equation, the other - mood driven aesthetics that owe much to the original Balearic sounds of the Cafe Del Mar series - is also present in perfect balance. Borrowing from the era in the early part of this century when its quixotic mix of jazz, hip hop and candle-lit acoustics was known confusingly as "Chill out", on Gas Stations & Restaurants, they've re-imagined soul in the child like scribblings of Boards of Canada, whilst Cold Calm eventually builds into a deep, cosmic groove that 6am terrace Sunday sunrises were made for.

By Andy Peterson in Music Reviews on 20 December 2012

It's always an amazing feeling to have one of those "I remember when I first heard that tune" moments. And even though the first time I heard Letherette was a few days ago, and in my living room, I reckon I'll still be talking like a zealot about this lot many, many months from now. 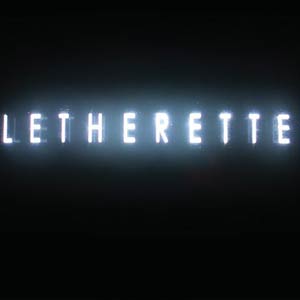 So here's what we know so far: a camera (and name) shy duo from Wolverhampton, Letherette first  started to appear in the better informed parts of the blogosphere a couple of years ago, via remixes for the likes of Bibio and Machinedrum, after which followed a critically wibbled over mixtape for BTS Radio. Their hallmark touches - an open minded willingness to splice hip hop, soulful house and techno into ear-worming epistles of electronic genius (Genieii?) - have since earned them a deal with Ninja Tune and Featurette is their debut EP for the maestro label. Phew.

That was obviously some build up and, thankfully, you can consider any Santa that delivers this to your iPod to be a disco distributor of festive funkiness. Letherette's trick is to never leave you stuck in the same groove for very long, and opener Warstones bobs and weaves between Daft Punk front roominess and fuzzier, late night vibe, whilst in almost total contrast the following Surface has much of the same sweet bleakness which now has the mainstream's attention via the understated vices of The Weeknd.