Lethal Weapon star Danny Glover is to step up his protest against fashion house Hugo Boss by joining workers in a protest outside the company's suit factory in Cleveland, Ohio.
The actor/activist urged his peers not to wear Hugo Boss suits to the Oscars earlier this month (Mar10) as a protest about the company's plans to close it's Ohio manufacturing plant and shipping the jobs there overseas.
Glover will join Workers United President Bruce Raynor and workers from the Hugo Boss suit factory outside the plant on Tuesday (23Mar10).
Workers United, the union representing workers at the venue, has filed a federal Unfair Labor Practice complaint against Hugo Boss.
More than 1,500 people joined Glover in signing a petition urging celebrities to keep Hugo Boss off the Oscar red carpet, and their efforts were successful - the label's attire was reportedly down at the Academy Awards.
Before the big night, Glover said, "The workers are productive and the plant is profitable, but Hugo Boss has decided it can make even more profit by moving the production to Turkey or Eastern Europe.
"Hugo Boss says it wants to expand business in this country, and the brand depends on Hollywood cachet. Please tell the world you won't be wearing Hugo Boss (at the Oscars) on March 7."
In a statement about the Cleveland plant, Hugo Boss representatives defended the move, saying, "The Cleveland Hugo Boss facility is not globally competitive. Hugo Boss tried in vain to find ways to make it globally competitive, and when that effort failed, we acted in the best interests of shareholders and customers by deciding to close the facility." 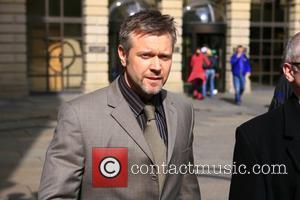