Les Miserables will return to the Broadway stage in 2014.

A new stage version of classic musical Les Miserables will open on Broadway in March 2014, capitalizing on the monumental success of the Oscar nominated movie, starring Hugh Jackman and Anne Hathaway. Producer Cameron Mackintosh is behind the new stage adaptation and will be looking to restore the show's reputation following the ill-conceived revival in 2006.

According to the New York Times, the latest Les Miserables will be lacking the notable revolving turntable that was used in the original production which ran from 1987 to 2003. The new version also features completely redesigned scene based on Victor Hugo's paintings for his original novel. The staging will also be different, with more emphasis on the gritty downtrodden France of the 19th century. Mackintosh will be hoping these changes and the interest in the $400 million grossing film will be enough to fully revitalize the Les Miserables stage brand.

"What we're counting on is that people who loved the movie will now really want to see 'Les Misérables' on stage, and people who loved the original musical were swept up by the film and say, 'I can't wait for another chance to see it onstage again,'" said the producer, previously known for helming the likes of Cats and the long-running Phantom of the Opera.

Continue reading: Who Needs The Movie? 'Les Miserables' Returning To Broadway In 2014

Videos of the Week... Flanked with a letter to the fans, Justin Timberlake’s new song, ‘Suit & Tie’ featuring Jay-Z has the former ‘N Sync star bring sexy back once more. The “open letter to the fans” read: “…Back in June of last year, I quietly started working on what is now my next journey with that thing I love called music… I hope you enjoy listening to it as much as I enjoyed making it.”

‘Suit & Tie’ is a slick R&B number, timeless in the sense that it doesn’t feel like much time has passed since Timberlake last released any music (his last album came out in 2006). As a precursor to his expected album later this year, this is a pretty neat little taster of what to expect from Timberlake.

A measly $24,000,000 was enough to land the top-spot for Kathryn Bigelow's political thriller in its 4th week. Landing second on its opening weekend was Open Road Film's, A Haunted House, which gleaned $18,817,000, a full $2m more than Gangster Squad - starring Ryan Gosling and Emma Stone - which underwhelmed with $16,710,000. With most of the year's biggest movies already out in time for Oscar consideration, mid-late January isn't the best period for movie goers. Another controversial Oscar nominee, Quentin Tarantino' Django Unchained slipped 2 spots to 4th with $11,065,000, although it has a cumulative gross of $125.4m. Rounding off the top 5 was Golden Globe winner Les Miserables, which managed just over $10m this week, bringing it's total to just shy of $120m, a decent total for its third week in the charts.

The Golden Globes 2013: Who Were The Winners And Losers? 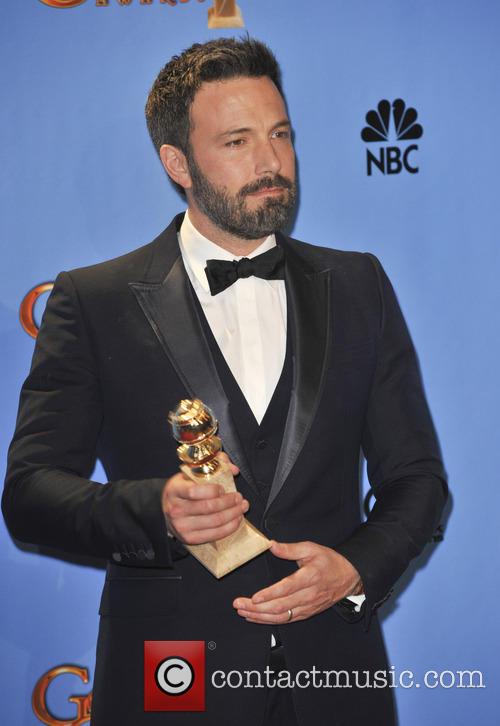 Though the Oscars is undoubtedly the big one, there’s traditionally been a lot of love for the Golden Globes among the Hollywood fraternity, with the event being seen as a generally looser, less formal affair than its prestigious counterpart – even if the actors have had to cope with the barbs of Ricky Gervais in recent years. The jibes still came from Amy Poehler and Tina Fey, but they were delivered with far more good grace than those thrown by the British comic.

Continue reading: The Golden Globes 2013: Who Were The Winners And Losers?

Anne Hathaway Opens Up On Fantine Role In Les Miserables

Les Miserables opened on Christmas day to great success, with a record $18.2 million for a December 25th release. The star-studded cast seem to have managed to bring the magic of the original stage show to live on the big screen, and two of them - Anne Hathaway and Hugh Jackman - have opened up about the challenge of such a project.

Hathaway described her role as Fantine as a mixture of "anxiety, gratitude, excitement and nerves," to The Telegraph, saying "There wasn't anything about this job that wasn't daunting," and that "It was exciting to work with everyone, to hear what they were doing." According to the Dark Knight Rises star, her colleagues boosted her performance in the film. "I think hearing how talented everyone else was pushed us all on, pushed me on at least," she explained.

It was a similar situation for Jackman, who enjoyed his turn as Jean Valjean, and who's backround in musicals gave him confidence in such a challenging role. "It certainly for me felt like the biggest challenge I have had. I have never been on the front foot so much for a part," he explained to Dawn.com. "I was quite aggressive going for it. It felt like the right time. Once I got the part I will admit to you there were times when I went, 'Oh maybe I have bit off more than I can chew here,' because it is a pretty daunting role in every way - physically, vocally, emotionally."

The film adaptation of the musical theatre adaptation of Victor Hugo's Les Miserables could have been an enormous disaster. A lot was riding on it- loved by millions of book readers and theatre goers, scrutiny was bound to be intense. But the combination incredible director (Thomas Hooper), production team and cast, the grand French narrative, according to reviewers so far, has vindicated it and has proven to be a real triumph.

The Mirror gave it four stars, out of five, and praised the stars that appear in it individually. "Russell Crowe is a solid, uniformed presence as brooding baddie Javert while opposite hunk number Hugh Jackman is conflicted and formal (but not stuffy) as he smoulders as the heroic Jean Valjean - even after we are introduced to him in a prison camp."

"Anne Hathaway looked striking too - but her performance had even more impact. She is stunningly good as the tragic Fantine." They said, giving particular praise for the vocal performances of Hathway and Amanda Siegfried, "Her shaven-headed rendition of 'I Dreamed a Dream' is a real highlight... Elsewhere, Amanda Seyfried's gloriously piercing voice shines as much as her beautifully lucid skin." 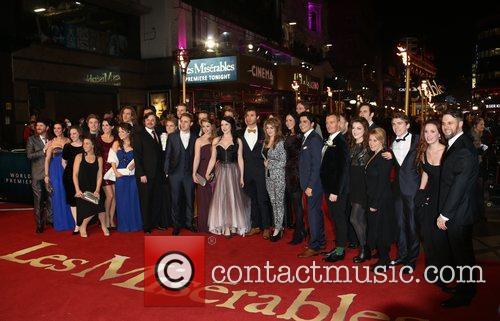 The entire cast of Les Miserables in Leicester Square, London

Given that all it needed was for the bulk of the cast to turn up to make it a truly star-studded premiere, it was no surprise that the London opening of the Tom Hooper directed Les Miserables had a turn out that could be match by almost no other. With the likes of Gillian Anderson, Ellie Goulding, Steven Fry and Idris Elba looking on, the center stage was undoubtedly taken by stars of the movie Anne Hathaway, Amanda Seyfried, Hugh Jackman, Russell Crowe and Helena Bonham Carter.