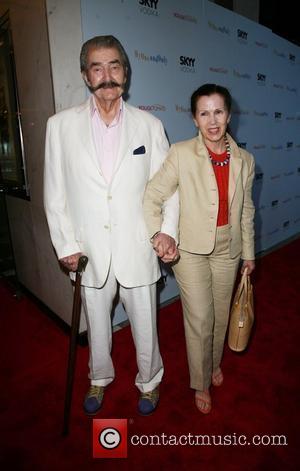 Picture: LeRoy Neiman and guest Premiere of 'My One And Only' at the Paris Theatre - Arrivals New York City, USA - 18.08.09

Legendary US artist and painter LeRoy Neiman has passed away aged 91, according to the Bbc. Neiman was famed for his instant renditions of sporting action and through his talent became one of the world's most successful contemporary artists and can list being an official painter of five Olympiads among his achievements.
"I've had a lucky life," he'd told the Associated Press back in 2008. "I've zeroed in on what you would call action and excellence. Everybody who does anything to try to succeed has to give the best of themselves, and art has made me pull the best out of myself." That certainly rang true of his actions throughout life, and Neiman never settled into one sport or discipline to capture, challenging himself across an array, from the Super Bowl, to the Grand National and, away from sports, the Cannes Film Festival.
Some of Neiman's most famous paintings were of world heavyweight boxer Muhammed Ali, whilst he also sketched the famous world chess championship match between Boris Spasssky and Bobby Fischer in Reykjavik, Iceland live on television. Away from that, he had a long association with Playboy mogul Hugh Hefner, contributing regularly to the magazine's Man At Leisure feature. Hefner noted his friend's passing on Twitter, writing "Long time friend and resident Playboy artist LeRoy Neiman has passed away at the age of 91. R.I.P."