Jordna Belfort, the man behind the inspiration for Martin Scorsese's 'The Wolf of Wall Street', may land a role as the star of a new reality TV series. 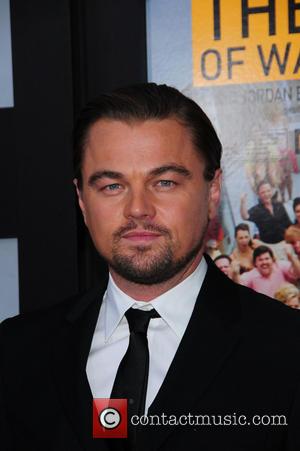 Martin Scorsese's 'The Wolf of Wall Street', starring Leonardo Dicaprio as the Wall Street broker and party boy Jordan Belfort, hit the theatres this week and has been highly praised by critics.

The real-life inspiration behind the intriguing story, Jordan Belfort, could now make the unusual transition from New York stockbroker to reality TV star.

When reading the 2007 memoir, 'The Wolf of Wall Street', Grant became fascinated with the extraordinary life of its narrator.

"I knew without even seeing a picture of him that he could be a talent both behind and in front of the camera," says Grant.

He tracked down Belfort after serving a 28 month prison sentence, for stealing millions of dollars from investors, to hash out a pitch that will focus on the criminal's "unique set of business skills."

Read a review round-up of 'The Wolf of Wall Street'

The 51 year-old is reportedly now a successful motivational speaker who works out of Manhattan Beach, California.

The show will highlight people, like Belfort, who have hit the all-time low and are looking for redemption, with the former Wall Street shark helping them along the way.

So far television networks love the premise of the show but it has not yet been signed to one.

Grant tod THR "Belfort was described to us after leaving the room as 'TV gold," after television executives met with him.