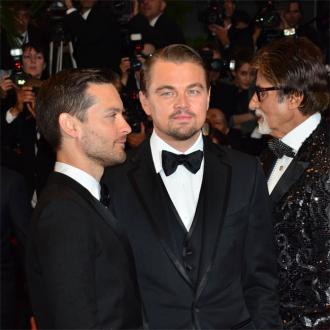 Several stars from the film including Leonardo Dicaprio - who plays main character Jay Gatsby - Tobey Maguire, Carey Mulligan and Amitabh Bachchan took to the red carpet in the rain for the premiere of Baz Luhrmann's drama movie to launch the 66th annual film gala.

DiCaprio looked dapper in a smart black suit and admitted taking on the lead role in the motion picture - which is based on F. Scott Fitzgerald's popular novel - carried ''enormous pressure''.

He told BBC News: ''What is so great about this novel and why people still discuss it nearly 100 years later and still have arguments about the meaning of each sentence and each word and each bit of symbolism, is because it's left up to the interpretation of you as a reader.

''In a way it's a recipe for disaster because so many people are going to say, 'That's not how I felt Daisy should be or how Gatsby should be.'

''I just looked at it as an incredible character to take on, something that was subtle in its approach but had so much depth and meaning in every single line.''

The movie has been slammed by several critics in the US, but Luhrmann insists he is just pleased people are watching the film.

He added: ''I never get one of those big, high critics scores. I just care people are going out and seeing it.''

Other red carpet attendees at the event included Cara Delevingne, Freida Pinto and Cannes jury president Steven Spielberg, who will lead an all-star panel including Nicole Kidman, Ang Lee and Christoph Waltz in deciding the winner of the prestigious Palme d'Or prize.

Referring to the 20 movies vying for awards presented on May 26 - the final day of the festival - he said: ''I expect to be surprised, I expect to be moved.''