Leonardo Dicaprio has signed on to produce a biopic about Bill Watterson, the media-shy cartoonist who created 'Calvin & Hobbes'. 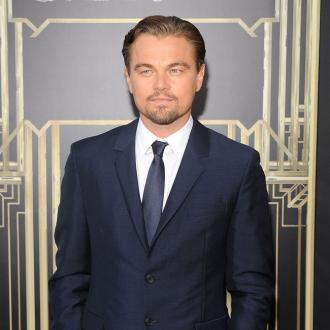 The 'Great Gatsby' actor has joined forces with 'Sherlock Holmes' producer Roy Lee to make the film, which will focus on the creation of the comic strip and how the cartoonist coped with its unexpected success.

The film will be based on Dan Dollar's script 'A Boy and his Tiger' and will be developed by Warner Bros., who bought the project and have reportedly fast tracked it to take advantage of the attention the cartoon has received this year.

In November the documentary, 'Dear Mr Watterson', examined the comic and followed filmmaker Joel Allen Schroeder's unsuccessful attempts to get Bill to break his silence on his work.

Watterson is notoriously media-shy, rarely gives interviews and has resisted pressure from publishers to merchandise the beloved comic strip.

There is no indication on whether he has given his blessing to DiCaprio's project or whether he will allow it the rights to use 'Calvin & Hobbes'.

Although the film is expected to move forward without input from Watterson, it's been suggested that it could be difficult to tell the story of the creator without it.