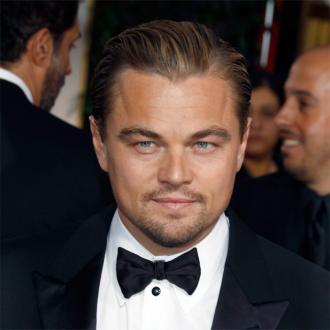 Leonardo Dicaprio is set to play a Viking king.

The 'Great Gatsby' actor has been put forward to portray Harald Hardrada, the 11th century conqueror hailed by some historians as the last great Viking king, in a new film pitch by Mark L. Smith.

Warner Bros. has made a pre-emptive acquisition of the project, Deadline.com is reporting, which would also allow DiCaprio to produce alongside his Appian Way partner Jennifer Davisson Killoran.

The movie, speculatively titled 'King Harald', is being billed as 'Braveheart'-style story.

Harald ruled Norway for 20 years, but his ruthless quest for power led to his exile in Russia before he eventually returned in triumph.

History buff DiCaprio is fascinated by the Vikings and previously wanted to star in a film about Viking warriors that Mel Gibson was supposed direct.

The 2009 film, spearheaded by 'The Departed' producer Graham King, was expected to be a violent and ''awe-inspiring story'', but never made it to the big screen.

DiCaprio is famed for his varied choice of roles and recently admitted his landmark role in James Cameron's epic adventure 'Titanic' is responsible for his success today.

He said: ''[It] gave me an opportunity, from that point on, to choose the roles I wanted to do.''