Leonardo Dicaprio allegedly kicked Lindsay Lohan out of his house after just 15 minutes. 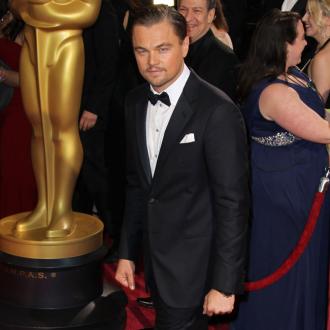 Leonardo Dicaprio reportedly threw Lindsay Lohan out of his house after just 15 minutes.

'The Wolf of Wall Street' star Leonardo had invited anyone who beat him at Checkers to party with him at his Hollywood home, and let Lindsay in despite the fact she lost, but his tolerance for her antics once inside was allegedly pretty low.

A source told America's OK! magazine: ''Leo allowed her in. Lindsay was acting like her normal whiney self, who wants all the attention on her or else she throws tantrums.

''She was whining over the smallest things, like not having a place to sit or not wanting certain people near her. Leo told his friend to make her leave 15 minutes after she arrived.''

Hanging out with Leonardo may have been a good thing for the 'Mean Girls' actress, but some of her friends are worried she has fallen back in with the bad crowd she associated with before she was sent to court-ordered rehab last year, which could be bad news for her new sober life.

A source said: ''This is terrible news and so bad for Lindsay's sobriety.

''It's a really bad sign. Anyone in recovery knows when you hang around with the same old people that you used with before it will sidetrack your entire life.''