The actor exchanges gifts with Pope Francis at the Vatica.

You'd think Leonardo Dicaprio would only have one thing on his mind at this time of year. He's been nominated repeatedly for an Oscar but this year it really looks like he's finally going to get it. Instead of twiddling his thumbs waiting to find out however, he has meet up with Pope Francis to (according to reports) discuss his environmental activism. 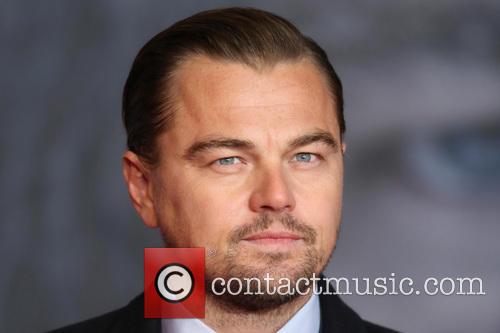 Leonardo DiCaprio is granted an audience with The Pope

It was a private meeting at the Pope's own studio at the Vatica today (January 28th 2016) where the Associated Press reports 'The Revenant' star handed over a check from the Leonardo DiCaprio Foundation for the pontiff to use amongst charities 'close to [his] heart'. Upon their meeting, DiCaprio greeted him in Italian and kissed his ring in the Apostolic Palace.

'Your Holiness, thank you for granting me this private audience with you', he said, before showing him a reproduction of the famous triptych painting by Hieronymus Bosch entitled 'Garden of Earthly Delights'. DiCaprio explained that he believes it represents the past, present and future of the environment and the effect of global warming.

More: Here's why it's Leonardo DiCaprio's turn for an Oscar

'As a child I didn't quite understand what it all meant, but through my child's eyes it represented a planet, the utopia we had been given, the overpopulation, excesses, and the third panel we see a blackened sky that represents so much to me of what's going on in the environment', DiCaprio explained to Pope Francis.

The Pope has been praised for his second Papal encyclical 'Laudato Si', which focuses on encouraging greener living and reducing fossil fuels. As part of the exchange of gifts, he gave DiCaprio a leather-bound copy of the encyclical, alongside the first.

DiCaprio has been a passionate environmentalist for years, owning only electric vehicles and having solar panels affixed to his house. He's donated to everything from the Wildlife Conservation Society to the Haiti earthquakes relief effort.