Leonardo Dicaprio's new model girlfriend, Brazilian beauty Kat Torres, has confirmed the pair are dating and insists he is ''amazing''. 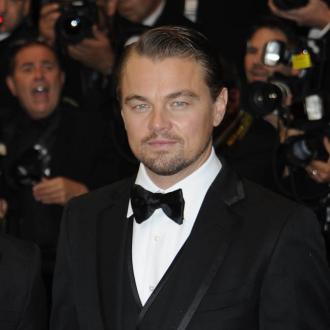 Leonardo Dicaprio's new model girlfriend has confirmed they are dating.

Kat Torres, 24, insists the 'Great Gatsby' star - who split from Victoria's Secret model Toni Garrn earlier this year - is ''amazing'' but admits she might get in trouble with the 38-year-old hunk for speaking about their romance.

Speaking to Brazilian newspaper Extra, she said: ''I met Leo in Cannes. We were staying in the same house at the festival.

''Leo is amazing, but I worry about what he will think about me talking to you. We have a pact that nothing can ever be said about our relationship.

''In Europe it is different. People see us together in many places so they do not need to ask us about anything.''

Leonardo and the Brazilian beauty - whose real name is Katiuscia Torres Soares - have been spotted together on several occasions, but the blonde model is still getting used to the paparazzi.

She added: ''I really don't know how the photographers got the picture because we were well guarded and no one could come close in any circumstances.

''He doesn't like being photographed and barely goes out walking once people have realised it's him.''

The 'Wolf of Wall Street' star is no stranger to Brazilians after previously dating model Gisele Bündchen on-and-off for four years, and he split from Israeli model Bar Refaeli in 2011 after nearly six years together.