Is This The Year Leonardo DiCaprio Is Finally Honored With An Oscar?

Despite being nominated for an Academy-Award three times before, Leonardo Dicaprio has never been victorious, but many believe his most recent portrayal in 'The Wolf of Wall Street' is enough for the 39 year-old to earn an Oscar for Best Actor. 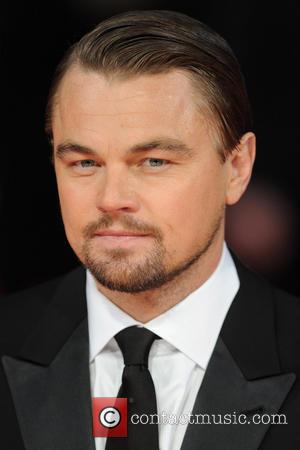 The movie award season is nearly at and end, and as the Academy-Awards are only days away it is still unpredictable who the big winners will be?

There are several big question's going into Sunday's award ceremony, but only one is frequently garnering everyone's attention.

The 39 year-old has been on top of the movie industry for two decades now, but acting's most prestigious night has always eluded him.

However, with a career defining performance in 'Martin Scorsese's 'The Wolf of Wall Street', many believe he will not go home empty handed.

DiCaprio portrays the real life Jordan Belfort, a power hungry criminal, who defrauded investors and the stock market for millions of dollars during the 90s.

Since Mr. Belfort also developed quite a hard and extravagate partying life style, which included a very intense drug addiction, DiCaprio was forced to act as ridiculous and scandalous as possible, resulting into some of the most hilarious scenes in any movie this year.

What makes the 'Titanic' actor's portrayal more impressive, is that he has never touched any kind of drug, meaning he was unable to relate to past experiences.

DiCaprio as Jordan Belfort in 'The Wolf of Wall Street'

"Never done it," DiCaprio said about drugs, earlier this month. "That's because I saw this stuff literally every day when I was 3 or 4 years old. So Hollywood was a walk in the park for me . . . I'd go to parties and it was there and, yeah, there's that temptation," he admitted.

Along with his co-star Jonah Hill, critics have unanimously praised the film, as well as the cast's performances, and apart from DiCaprio's Best Actor nomination, 'The Wolf of Wall Street' is nominated for a further four awards, which are Best Picture, Best Director, Best Supporting Actor, and Best Adapted Screenplay.

DiCaprio, who was nominated for his first Oscar twenty years ago for Best Supporting Actor in 1993's 'What's Eating Gilbert Grape', has already won a Golden Globe for 'Best Actor in a Musical or Comedy,' earlier this year.

But with an incredibly competitive nomination class, which includes Matthew McConaughey and Chiwetel Ejiofor, it is too close to call.