Leonardo DiCaprio not ready to settle down 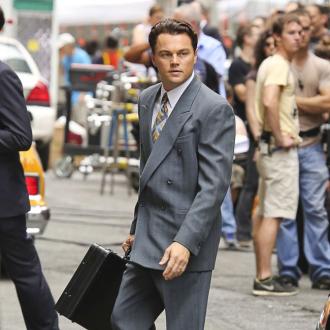 Leonardo Dicaprio reportedly dumped Erin Heatherton because he didn't want to settle down.

The 37-year-old 'Inception' star - who has previously romanced Blake Lively and a string of top models including Gisele Bundchen and Bar Refaeli - parted ways with the 23-year-old American supermodel last week after almost a year together because she wanted to take their relationship to the next level.

A source told the New York Post's Page Six: ''Erin wanted things to get more serious between them, but Leo is not ready to settle down.

''While it would seem amazing that he wouldn't want to settle down with one of the world's most beautiful women, Leo leads a charmed life.''

Friends of the 'Shutter Island' actor, who is currently filming 'The Wolf of Wall Street' in Manhattan with martin scorcese, are said to have been shocked by the break-up because they thought Erin was ''the one''

An insider said: ''A few months back it seemed like he was really into Erin. She's smart, beautiful and, importantly, got on with his mom. They are still friends. The timing just wasn't right for them. They still care about each other and remain friends. ''

Leonardo, who recently admitted he hasn't met the love of his life yet, has wasted no time since the split and was spotted flirting with a string of models at a Halloween party in the plush Standard hotel in New York last Saturday night (27.10.12).

Victoria's Secret Angel Erin was forced to evacuate her downtown apartment before hurricane Sandy during the week but reportedly enjoyed a girls' night out with her beautiful colleagues Lily Aldridge, Doutzen Kroes and Candice Swanepoel on Wednesday (31.10.12).