Leonardo Dicaprio has never taken any form of illegal substances despite playing such a convincing role of drug addict Jordan Belfort in 'The Wolf Of Wall Street'. 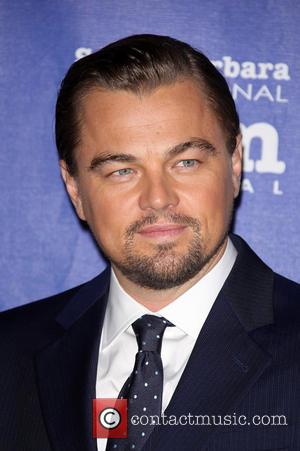 Leonardo Dicaprio is currently enjoying a successful run on the award circuit for his most recent role in the Martin Scorsese-directed 'The Wolf of Wall Street'.

The 39 year-old plays the real life Jordan Belfort, a power hungry criminal, who defrauded investors and the stock market for millions of dollars during the 90s.

But what is even more impressive about DiCaprio's portrayal, is that the actor has never touched any kind of drugs, meaning he was unable to relate to past experiences.

In a recent interview with The Los Angeles Times, the Golden Globe winning actor spoke very candid about growing up "very poor" and resisting the temptation of taking illegal substances in Hollywood.

"Never done it," DiCaprio said about drugs. "That's because I saw this stuff literally every day when I was 3 or 4 years old. So Hollywood was a walk in the park for me . . . I'd go to parties and it was there and, yeah, there's that temptation," he admitted.

"Hollywood is a very volatile place where artists come in and they essentially say they want to belong. It's incredibly vulnerable to be an actor and also get criticism at a young age when you're formulating who you are," DiCaprio explained. "We've seen a lot of people fall victim to that, and it's very unfortunate."

One of the reasons why Leonardo has managed to stay clear of drugs is due to his humble beginnings in which he told the LA Times, that "there used to be a major prostitution ring on my street corner, crime and violence everywhere." Adding, "I grew up very poor and I got to see the other side of the spectrum."

Even without the experience of getting high, DiCaprio still delivers a believable and captivation performance in the hit new movie. He has already earned a Golden Globe for 'Best Actor in a Musical or Comedy', and is nominated for the 'Best Actor' award at this year's upcoming Academy-Awards.

Watch the trailer for 'Wolf of Wall Street' here