'Shutter Island' actor wants to give fans a taste of how the stars live. 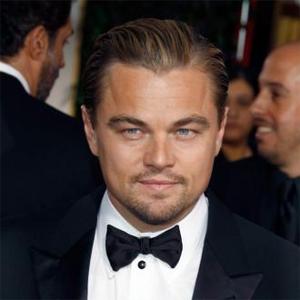 Leonardo Dicaprio is renting out one of his three Malibu estates for $150,000-a-month.

Prospective tenants can lease the property belonging to the 'Shutter Island' star for six months or less.

However the potential residents can hire the place out for $75,000 per month if they are interested in staying any longer than half a year.

The luxurious beach home on Malibu Colony Road was originally purchased in October 2002 for $6million, according to Trulia.

The property is divided into a four-bedroom main house, with an additional two-bedroom detached guest home.

The website states: ''DiCaprio just completed a beautiful remodel in time for summer and is now ready to lease the home out to someone who wants a temporary taste of how the stars live.

''Unique to a home right on the water, DiCaprio's home has beautiful gardens and lawns. Consider it a beachfront luxury compound!''

The Academy-Award nominee will next be seen on screen in Baz Luhrmann's 'The Great Gatsby', starring Carey Mulligan, as well as his latest movie 'Django Unchained'.

The Quentin Tarantino Western - which includes a cast of Jamie Foxx, Samuel L Jackson and Christoph Waltz - is expected to be released at the end of this year.