Jonah and Leo got cosy on 'SNL,' the internet loved it.

The Grammy Awards may have dominated the entertainment news from the weekend but one story is refusing to die down. Jonah Hill and Leonardo Dicaprio has Saturday Night Live audiences in stitches last Saturday when the Wolf of Wall Street co-stars decided to re-enact the iconic prow scene from Titanic. Hill returned to SNL on the 25th January to host the show for the third time. 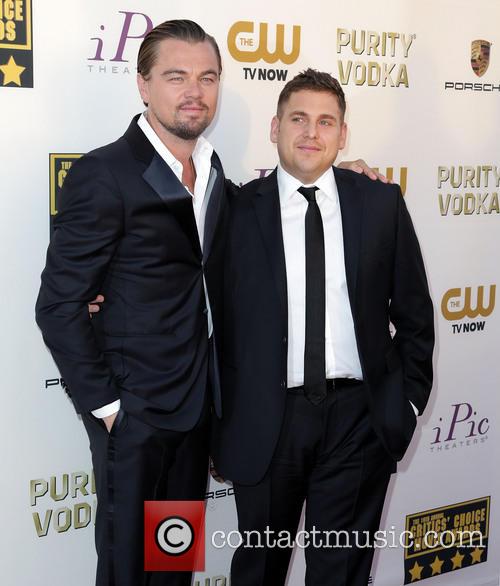 With the comedy actor's newly found Oscar-nominated star power, his hosting alone would have probably been enough for the enthusiastic crowd but when DiCaprio dropped by, interrupting Hill mid-flow in his intro speech, excitement was sent into overdrive. "Honestly, my whole life feels like a dream come true right now," Hill said in his opening monologue. "Between 'Moneyball' and 'Wolf of Wall Street' and getting nominated for my second Academy Award, I just couldn't be more grateful."

Audience members began asking him questions about his WOWS co-star which miffed the 30 year-old actor to the point where he started ranting about how DiCaprio wasn't even supposed to be in Martin Scorsese's comedy. "I call up Marty Scorsese, I say, 'Marty its JH. I'm ready to get in the ring together.' He says, 'Finally,'" Jonah recalled. "Then I say, 'Should we get DiCaprio on board?' And Marty says, 'I don't know if he can handle it. Sure he's a movie star and puts teenage girls in the seats. But we need a real actor like you.'" 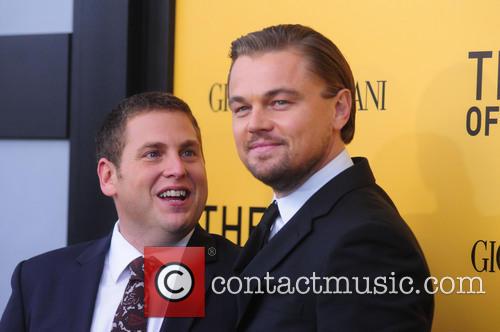 When Leonardo suddenly stepped out on stage, the startled Hill began back-tracking. "What the hell are you doing man?" DiCaprio asked. Hill started gushing about Leo's talents but The Great Gatsby star was having none of it. "Jonah, I knew this was going to happen if you got nominated," he said. "You don't have to pretend anymore. You're a real actor now. You should be humble. You should be gracious."

"Remember when we were on set and I'd great really nervous?" Hill asked. "Can we do the thing that we did every time? The thing that made me feel safe." The pair then re-enacted the iconic "I'm flying!" Titanic scene with Hill playing Kate Winslet's swooning Rose as the movie's music began playing in the background. "Am I flying, Jack?" Jonah cried as Leo nuzzled against him. "Yes Rose, yes you're flying," responded DiCaprio, fighting back the laughter. 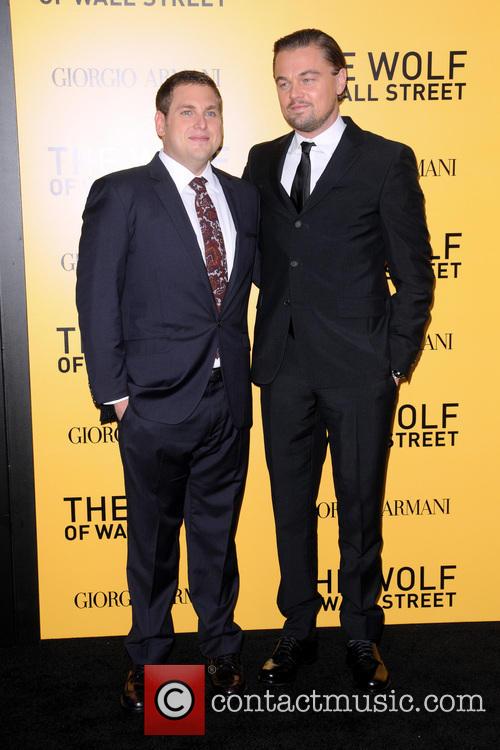 A New Double Act Is Born?

Throughout the rest of the show Jonah appeared in sketches where he played a six-year-old child behaving inappropriately at a restaurant, an embarrassed game show contestant who clogged a toilet, a horse wrangler, and an awkward dinner guest. Actor Michael Cera also made a surprise guest appearance on SNL where he dressed the same as Jonah in a sketch about falling in love with your computer.

Next week's SNL will be hosted by Melissa McCarthy.