Leonardo Dicaprio says he is still looking for the love of his life despite high-profile relationships with actress Blake Lively and models Bar Refaeli and Gisele Bundchen. 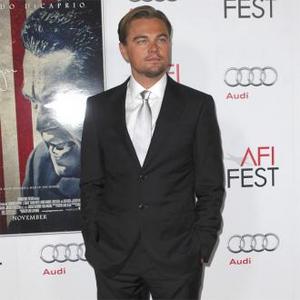 The Hollywood heartthrob is currently dating 22-year-old Victoria's Secret model Erin Heatherton and has previously enjoyed relationships with actress Blake Lively and models Bar Refaeli and Gisele Bundchen, but doesn't think he has met the love of his life yet.

Asked about his first love, he said: ''My first love? Boy I don't even remember. I suppose if I'd found my true love I would be married right now wouldn't I? ''

Leonardo, 37, has very specific standards about what he wants in a girlfriend and is turned off by ''pretentious'' and ''vindictive'' women.

He explained to The Sun newspaper: ''Pretentious women really turn me off. Vindictive women too. So do opportunistic women. I think what turns me on about a girl is what most men find attractive - which is something genuine about them. Being a good person.''

Leonardo also revealed he will always treasure the memories of working on 1997 blockbuster movie 'Titanic' and credits co-star Kate Winslet for making it such a great experience.

He said: ''The fact that Kate said 'yes' was the final decider. She was awesome. We were definitely shoulders for each other to lean on. We had to be partners on the film. All the complaining in the world was done between us two, so we did not have to vent on anyone else.''