Leonardo DiCaprio Jokes About His First Oscar During The Engraving

'Do you do this every year? I wouldn't know.'

Leonardo Dicaprio looked on in fascination as his long-awaited first Oscar was engraved with his name at the Governors Ball following the 88th Academy Awards ceremony, and then made light of his past misfortunes in the awards stakes with a light-hearted quip that was probably much funnier than he intended. 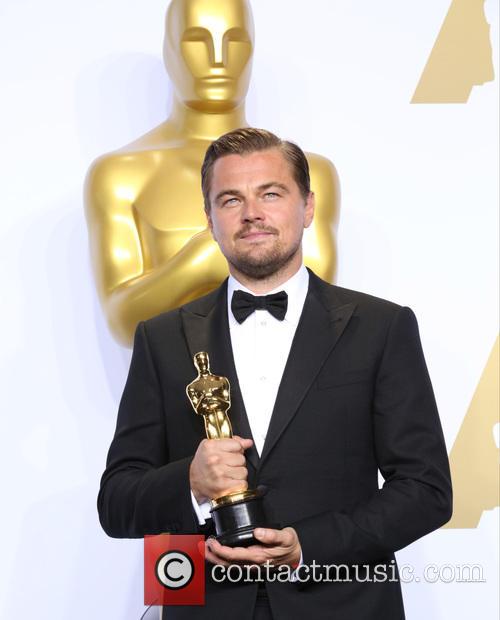 So far, 'The Revenant' star has been rather modest about the whole Oscars situation. While everyone around him assured him and themselves that this was Leo's year, he humbly maintained that anything could happen. And then when he actually won the award, he used his acceptance speech to push the issue of climate change, rather than go on about how long he's waited for this moment.

Arriving at the engraving stand at the Governors Ball, he leant in close to see what the engraver was doing and quizzed her as she screwed the nameplate onto the base of the award. 'Do you do this every year?' He asked, with the engraver nodding in response. 'I wouldn't know', he added with a cheeky grin, as everyone around him hooted with laughter. As she polished the trophy, she handed him an instruction guide on how to keep it in pristine condition, and again we saw DiCaprio's adorably baffled expression. 'I gotta take care of it? I have to maintain it?' He asked. 'What does it need?'

.@LeoDiCaprio gets his Oscar engraved at the Governors Ball: "Do you do this every year? I wouldn't know." #Oscarshttps://t.co/3dBRsS1FQ4

If you missed Leonardo DiCaprio finally receiving the Oscar at the ceremony on Sunday (February 28th 2016), it really was a touching moment. His co-nominees beamed with pride as he was announced the winner of Best Actor in a Leading Role by Julianne Moore, and he went on to praise his co-star Tom Hardy and director Alejandro Inarritu before turning the audience's attention to climate change as his BFF Kate Winslet looked on with tears in her eyes.

'Making 'The Revenant' was about man's relationship to the natural world. A world that we collectively felt in 2015 as the hottest year in recorded history. Our production needed to move to the southern tip of this planet just to be able to find snow', he explained. 'Climate change is real, it is happening right now, it is the most urgent threat facing our entire species and we need to work collectively together and stop procrastinating.

'We need to support leaders around the world who do not speak for the big polluters or the big corporations but who speak for all of humanity, for the indigenous people of the world, for the billions and billions of underpriveleged people who will be most affected by this, for our children's children, and for those people out there whose voices have been drowned out by the politics of greed. I thank you all for this amazing award tonight. Let us not take this planet for granted. I do not take tonight for granted.'