Leonardo Dicaprio is reportedly dating his 'The Wolf of Wall Street' co-star Margot Robbie after he was spotted leaving her New York apartment last week. 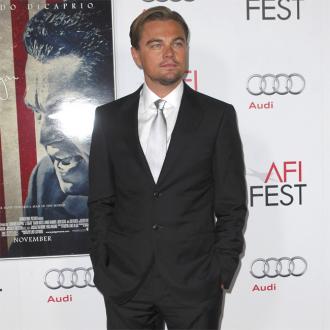 The 38-year-old actor has grown closer to his 'The Wolf of Wall Street' co-star after he reportedly stayed overnight at her apartment in Union Square, New York, last week, and was spotted leaving the 22-year-old beauty's abode the next morning.

Margot - who plays Leonardo's love interest in 'The Wolf of Wall Street' - joined the 'Great Gatsby' star in Las Vegas for his 38th birthday last month, where the pair spent ''a lot of time'' together.

An eye witness at the time said: ''There looks to be some strong chemistry between Leo and his leading lady. They spent a lot of time at the party together.''

Leonardo split from Victoria's Secret model Erin Heatherton in late October after 10 months together amid reports he didn't want to settle down and the pair struggled to see each other because of their busy schedules.

A source said at the time: ''Erin wanted things to get more serious between them, but Leo is not ready to settle down.

''While it would seem amazing that he wouldn't want to settle down with one of the world's most beautiful women, Leo leads a charmed life.''

She explained: ''I'm having the best time right now. I couldn't feel more beautiful with all my friends. It's wonderful.''