Maybe he's hanging out with all these girls to boost their publicity...

'Leonardo Dicaprio dating young blonde model' is not a headline we're unfamiliar with, but it seems the actor really does have a 'type'. He's recently been seen getting cosy with a New Zealand model named Juliette Perkins, and she's pretty much identical to most of his other exes. 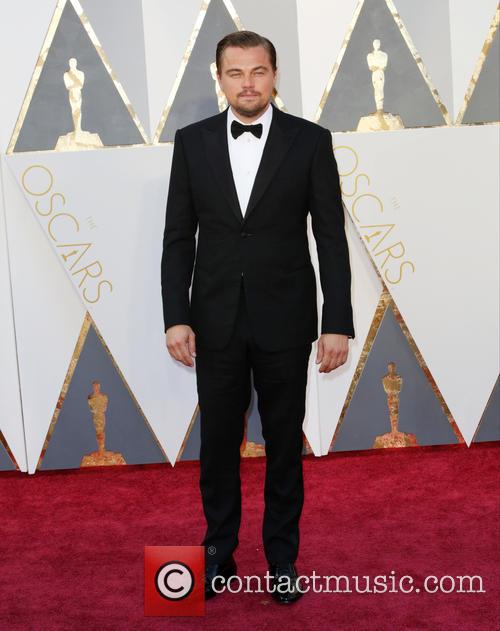 Leonardo DiCaprio at the Oscars

The 42-year-old 'Revenant' star was reportedly seen getting into a car with the 19-year-old after leaving a nightclub together in Los Angeles over the weekend. Of course, that doesn't neccessarily mean that romance is on the cards, and given Leo's habit of keeping his personal life under wraps, we'll probably never know the true story.

Since August, the actor has allegedly been seen with a string of different models including Lorena Rae, 23, Toni Garrn, 25, Alina Baikova, 27, and Candice Blackburn, 20. Juliette is clearly the youngest, and the appropriate nature of her first name (given that Leo starred in Baz Luhrmann's 'Romeo And Juliet' in 1996) isn't lost on anybody.

She has apparently been signed to IMG Models since the age of 15 and went to the Nelson College for Girls. She has recently taken part in campaigns for the New Zealand/Australia store Glassons and surf shop Rusty, and if her Instagram feed is anything to go by, she is also good friends with Leo's alleged ex Candice Blackburn.

She also described LA as her favourite city and 'official new home' so she'll be pretty close to her rumoured new beau. However, Leo won't have a lot of time for love in the coming months as he is set to star in Martin Scorsese's crime thriller 'Killers of the Flower Moon', the adaptation of Stephan Talty's novel 'The Black Hand', and Scorsese's presidential biopic 'Roosevelt' in which Leo plays the titular politician.

The news comes after rumours circulated that the Hollywood megastar was moving to Whangarei, the northernmost city of New Zealand. We're pretty sure that isn't true.