Leonardo Dicaprio and Ryan Gosling have missed out on an Oscar nomination along with Michael Fassbender. 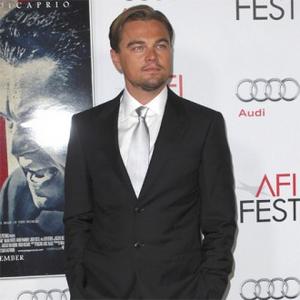 Leonardo Dicaprio and Ryan Gosling have missed out on an Oscar nomination.

The Hollywood actors were not among those given a nod for a prestigious prize at this year's ceremony, while 'Shame' star Michael Fassbender also missed out on a nomination.

But two-time Oscar-winner Meryl Streep is one of the star's up for an accolade after she was put forward for the Best Actress gong for her portrayal of British Prime Minister Margaret Thatcher in 'The Iron Lady'.

The nod means Meryl has now received 17 Academy Award nominations in her career.

But she will face stiff competition from Glenn Close, Rooney Mara, Michelle Williams and Viola Davis in her bid to win the major prize, while George Clooney will go up against Brad Pitt, Damien Bichir, Jean Dujardin and Gary Oldman in the Best Actor category.

The 84th Academy Awards is set to take place at the Kodak Theatre in Hollywood on February 26.