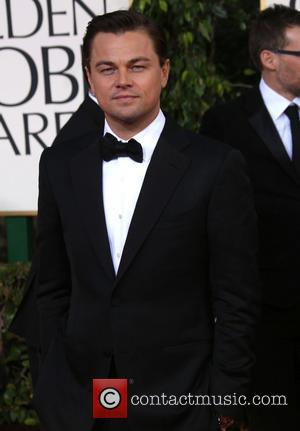 Leonardo Dicaprio might currently be enjoying the glory of Oscar-nominated Django Unchained. And he may shortly be hitting our screens in the highly anticipated Baz Luhrman adaptation of The Great Gatsby. Apparently, though, DiCaprio wants to take a break from acting, as he told German publication Bild recently.

“I'm a little bit drained. I am now going to take a long, long break,” he told them (translation courtesy of Wenn). When he was asked what he might do with his time off, he revealed that he’d like to “improve the world a bit” and talked about his love for environmental activism. Theoretically speaking, DiCaprio could well be in a position to take a well-earned break pretty soon (he’s been acting in movies and on TV since 1990). There’s been a lot of to-ing and fro-ing with The Great Gatsby and he was back in Australia recently re-filming some of his scenes for that but once all of the promo for Luhrman’s ambitious creation is out of the way, he just has Martin Scorsese’s The Wolf Of Wall Street to fulfill his obligations for.

DiCaprio’s 38 now and has recently ended his relationship with Erin Heatherton. Maybe a break from acting is just what he needs to take some time out, reassess and possibly even shake off that ‘permanent bachelor’ tag he seems to have landed himself.