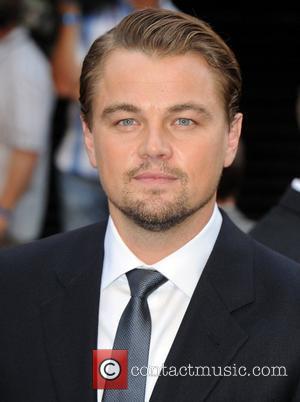 Leonardo Dicaprio has been granted a temporary restraining order against a "delusional" woman who allegedly believes she is married to the star and carrying his baby.
Court records show Superior Court Judge Carol Boas Goodson granted the order on Wednesday (25Aug10) against 41-year-old Livia Bistriceanu of Chicago, Illinois.
According to a sworn declaration by the actor and his security team, Bistriceanu travelled from Chicago to Los Angeles at least twice to try to meet the star at his home and business office, refused to leave the properties and acted aggressively.
DiCaprio claims he has never met Bistriceanu, but she has sent him numerous handwritten letters.
One letter attached to his request for the order included the greeting, "Dear husband Leo," and contained statements that Bistriceanu believed DiCaprio was the father of her unborn child.
DiCaprio's declaration continues: "Given this obsessive and harassing behavior, I am frightened of Ms. Bistriceanu and feel that my personal safety, and the personal safety of those around me, is in jeopardy."
Bistriceanu has been placed on a psychological hold twice, according to the documents, and has been ordered to stay at least 100 yards (91.4 metres) away from the Shutter Island star.
The order comes just one day after Canadian woman Aretha Wilson was ordered to stand trial on a charge of slashing DiCaprio's face with a piece of glass during a party in 2005. Wilson has pleaded not guilty to assault with a deadly weapon and has also been told to stay away from the star.