Former 'American Idol' contestant Adam Lambert thinks Leonardo Dicaprio would be perfect to play him in a film of his life. 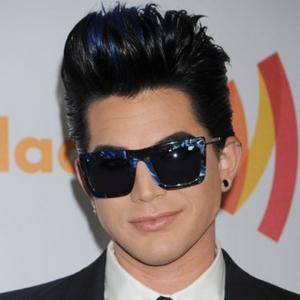 Adam Lambert wants Leonardo Dicaprio to play him in a film of his life.

The 'American Idol' runner-up thinks the Hollywood heartthrob would be perfect to portray him on the big screen if his life was ever deemed worthy of a biopic.

He said: "I have always thought that Leonardo DiCaprio is a really good actor - he could play me, he could get intense."

Adam, 28, also revealed he would love to work with David Bowie in the future, if the music legend could be tempted out of exile.

He said: "To be able to work with David Bowie would be amazing - his imagination and creativity are beyond, he's an icon.

The 'No Boundaries' singer is also keen to do a duet with a female artist, especially Christina Aguilera or Rihanna.

He revealed in a web chat with MySpace Music: "I'd also like to sing with Christina Aguilera - I love her voice, I've been a fan since she came out and I think we would throw down and we would be loud... I would love to work with Rihanna as well - she is so down to earth and sweet and kind and friendly. Her tunes are so catchy and visually she is just giving you beauty."