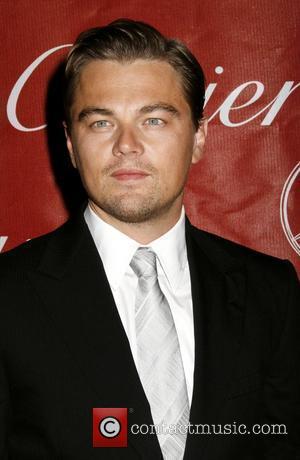 Leonardo Dicaprio has never been tempted to dabble in drugs after growing up on a heroin-riddled neighbourhood - and was left horrified when fellow actors Heath Ledger and River Phoenix died from overdoses.
The Titanic star was brought up by his mother in a Los Angeles suburb that was rife with drugs and prostitution.
And being exposed to substance abuse from an early age put DiCaprio off ever experimenting for himself.
He says, "I knew drugs were bad, even as a little kid. Seeing the effects that drugs had on my block, seeing heroin addicts, it made me think twice about ever getting involved in drugs.
"I was so horrified by what I saw drugs do to people that I never wanted anything to do with them. It's evil. Once you take that step and experiment, drugs take over your life. You are not yourself any more. That's something I never wanted."
And he cites the 1993 death of Phoenix from a heroin and cocaine overdose - and last year's (08) passing of Ledger from an accidental overdose of prescription drugs - as lasting reasons to steer clear of narcotics.
He adds, "Then, when I was a young actor, I saw other actors die of drugs. I watched what happened to River Phoenix, who was such an influence on me as a young actor.
"Now Heath Ledger has died young. It is such a horrifying thought to know that those guys aren't around any more. Every person has demons. We all have horrible fears and insecurities that we need to overcome."