One Of The Costumes Worn By Late Actor Leonard Nimoy In Star Trek Is To Be Auctioned Alongside A Treasure Trove Of Film Memorabilia, Including An Outfit Donned By Christopher Reeve As Superman. 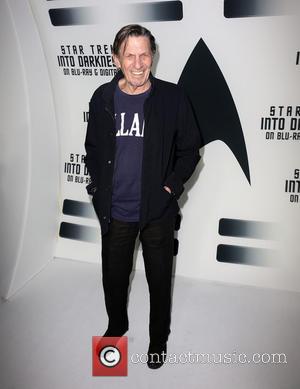 A stormtrooper helmet from Star Wars: Episode V - The Empire Strikes Back is also expected to make up to $96,000, while other items in the auction include claws worn by Hugh Jackman as superhero Wolverine in X2, and props from the first The Lord of the Rings film and Terminator 3: Rise of the MAChines.

The collection of 450 pieces of film memorabilia are to be auctioned off by The Prop Store and Odeon at the BFI Imax cinema in London on 23 September (15).