There's a lot more to Leonard Nimoy than Spock.

He may have become best known as 'Star Trek's' Spock, but Leonard Nimoy, who has revealed he is suffering from chronic lung disease has had a long and varied career. From directing to writing and some even stranger things inbetween, there's a lot more to know about Leonard Nimoy than simply his 'Star Trek' alter-ego. 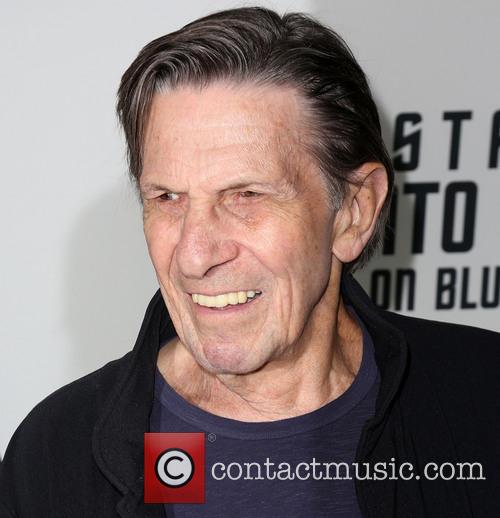 1. He’s an accomplished photographer
Nimoy first became interested in photography in his youth, and then went on to study it at UCLA, after his initial run as Spock. Nimoy’s work has been widely exhibited all over the world and in 2007 he released the book ‘The Full Body Project’, a collection of photographs of naked plus size women.

2. After 'Star Trek' he opened a pet store
After 'Star Trek' and 'Mission Impossible', Nimoy fulfilled a life long dream of opening a pet store. 'Leonard Nimoy’s Pet Pad' in the San Fernando Valley, focused mainly on exotic animals and stocked chipmunks, monkey, crocodiles and  boa constrictors, to name a few. When asked why he opened a pet shop Nimoy said in a 1969 article "Well, l've aIways had a thing for animals and I once worked in one to support myself between roles. And I like the kind of people that shop in pet stores.”

3. He also has a pilot’s license.
Yes the real life Spock has a licence to fly private planes and once owned his own plane that he used for ‘short trips’.

4. He's released five albums
Much like William Shatner, Nimoy has also tried his hand at music having released five albums. His first two see him in character as Spock singing sci-fi themed numbers, however he then turned his hand to folk music and even covered Johnny Cash on one album and preformed "The Ballad of Bilbo Baggins" a song about the Lord of the Rings character on another.

6. and a lot of poetry
Yes, Nimoy is also a poet, releasing several volumes of work. His last effort was 2002’s 'A Lifetime of Love: Poems on the Passages of Life.'

7. He did not meet William Shatner on Star Trek
Nimoy and William Shatner might be best known as their Star Trek alter egos, but the first time they appeared on screen together was not aboard the Enterprse. Instead it was on 1960s television show 'The Man From U.N.C.L.E' , where in a 1964 episode Shatner played an heroic civilian recruited for an U.N.C.L.E. mission, and Nimoy played a rival of the villain's henchman.

8. He has his own web store. Long after Nimoy's previous pet venture he turned to Etsy to sell Nimoy inspired goods. Now with its own website, 'Shop LLAP (Live Long and Prosper') is your go to destination for Spock memorabilia, some even signed by the actor himself.

9. He's an accomplished director
Apart from the acting, writing, singing and shop management, Nimoy has also found sucess behind the camera, directing two Star Trek episodes. More surprisngly he was also the director behind 1987 'comedy' 'Three Men and a Baby' starring Ted Danson.

10. He tried to solve the world's mysteries
In the mid 1970s Nimoy hosted a show entitled ‘In Search Of…’ where each week a mystery would be investigated. Topics ranged from Bigfoot to Jack the Ripper and there was even one about Vincent Van Gough written by Nimoy himself.