The ‘Star Trek’ actor leaves behind a legacy that stretches further than his most famous role.

The sci-fi world and beyond have united in paying tribute to actor Leonard Nimoy, who passed away on Friday afternoon at the age of 83 in Los Angeles. Nimoy was best known around the world for portraying Spock in the iconic ’Star Trek’ series, a role which he first appeared in back in 1966. 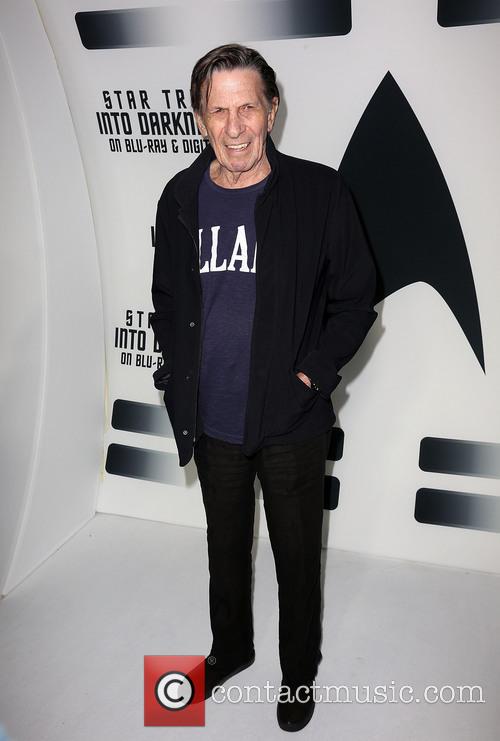 Leonard Nimoy has passed away at the age of 83

Nimoy’s ‘Star Trek’ co-star William Shatner led the tributes, writing on twitter “I loved him like a brother. We will all miss his humour, his talent, and his capacity to love."

Patrick Stewart, who joined the ‘Star Trek’ franchise in the late 80s for ‘The Next Generation’ wrote “It is with sadness that I heard of Leonard Nimoy's death. I was lucky to spend many happy, inspiring hours with him. He won't be forgotten.”

Nimoy’s memory was also honoured by President Barrack Obama who released a statement saying, "Long before being nerdy was cool, there was Leonard Nimoy.”

More: 'Star Trek' Icon Leonard Nimoy Passes Away At The Age Of 83

Adding that he loved Spock, President Obama praised the actor as a “a lifelong lover of the arts and humanities, a supporter of the sciences, generous with his time and talents.” Adding, ”And of course, Leonard was Spock. Cool, logical, big-eared and level-headed, the centre of Star Trek's optimistic, inclusive vision of humanity's future.”

NASA paid their respects to the actor’s legacy tweeting, "RIP Leonard Nimoy. So many of us at NASA were inspired by 'Star Trek'. Boldly go…”

More: 10 Facts You May Not Have Known About Leonard Nimoy

The 83 year old had himself been an active twitter user and his philosophic last tweet posted on Monday has since been retweeted over 250,000 times and favourited 170,000 times.

"A life is like a garden,” Nimoy wrote. “Perfect moments can be had, but not preserved, except in memory. LLAP” The actor had always signed off his tweets with LLAP, standing for "live long and prosper” the catchphrase of his famous character.

Nimoy’s death was announced on Friday by his granddaughter Madeleine who described her grandfather as “an extraordinary man, husband, grandfather, brother, actor, author-the list goes on- and friend.” The actor had been battling chronic obstructive pulmonary disease, which he first announced he was suffering from a year ago.