'The Big Bang Theory' creator Chuck Lorre expresses his sorrow at the death of Leonard Nimoy in a moving tribute in his post-episode vanity card - almost three years to the day that the veteran actor lent his voice in one episode of the geek sitcom. 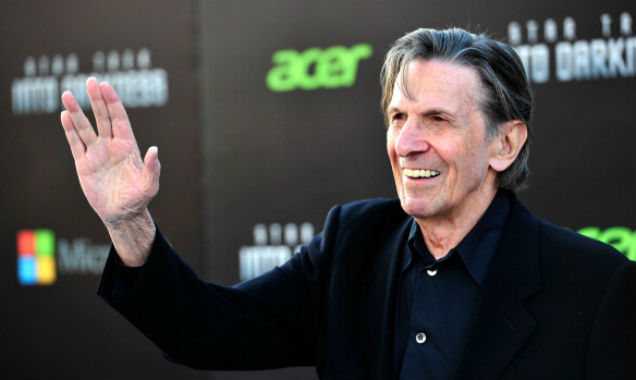 In a segment usually reserved for long jokes and general rambling, Lorre posted a black and white photography of Leonard Nimoy with the simple yet touching caption reading: 'The impact you had on our show and on our lives is everlasting', following the latest episode which aired in the US on March 5th 2015 on CBS.

The death of the 'Star Trek' legend has affected millions around the world, who regard him and his character Dr. Spock as iconic pieces of sci-fi history. But doubtlessly one of his biggest fans, as all 'Big Bang Theory' enthusiasts will know, is main character Sheldon Cooper; a socially awkward professor of theoretical physics played by Jim Parsons, whose direct form of speech, unintentional rudeness, confusion over sarcasm and genius IQ level puts him on a similar level to the star-exploring Vulcan.

While surprisingly having never actually made an appearance on any episode of 'The Big Bang Theory', the 83-year-old did once perform a voiceover as his Dr. Spock character in season 5 episode 'The Transporter Malfunction'. The episode saw Sheldon Cooper unable to resist the urge to open the box of a collectable Spock model (a gift from Penny) and subsequently breaking it, before mischievously deciding to switch it with his roommate Leonard Hofstadter's unbroken one. Needless to say, his conscience intervenes in his deception, voiced fittingly by Nimoy.