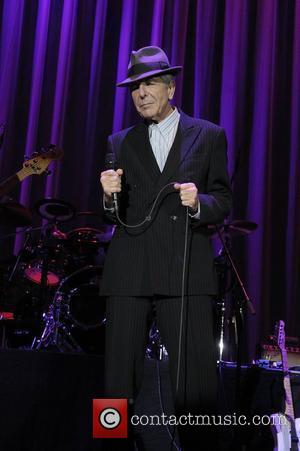 The drawings and sketches Leonard Cohen created while in seclusion at a Zen monastery in California are to be shown in a new exhibition.
The revered singer/songwriter/poet retreated to Mount Baldy's Buddhist hideaway in the San Gabriel Mountains in 1994 and devoted himself to the study of Rinzai Zen philosophy under the name Jikan.
Cohen has rarely spoken of his reasons for turning his back on the world for five years - or, indeed, how he passed his time, but now a new show of his sketches offers clues.
Drawing From the Heart, at Claremont MCKenna College, features self-portraits and paintings and drawings created over the past 40 years, and include sketches drawn during Cohen's Zen study, and letters he wrote to his mentor at the monastery.