Cohen Gets Royal Thumbs Up 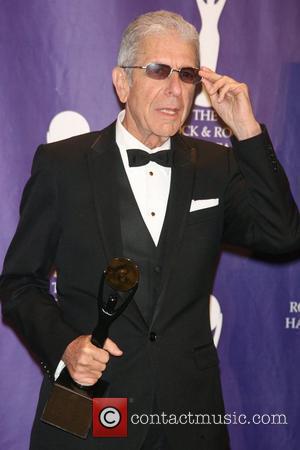 Canadian singer/songwriter Leonard Cohen has been given the royal stamp of approval after Britain's Prince Charles hailed him as his favourite artist. The royal was being interviewed for a TV programme celebrating his Prince's Trust charity's 30th anniversary when he revealed his musical idol. He says, "I tell you who I think is wonderful - a chap called Leonard Cohen. "The orchestration is fantastic and the words, the lyrics, everything. "He's remarkable and has this incredibly laid back, gravelly voice. It's terrific." However the British royal was notably less enthusiastic when quizzed over his sons WILLIAM and HARRY's tastes in popular music. He groaned, "These two play this stuff and I'm sitting there going, 'Zzz, zzz, zzz, zzz,' downstairs."