Cohen Calls For A Halt On Hallelujah 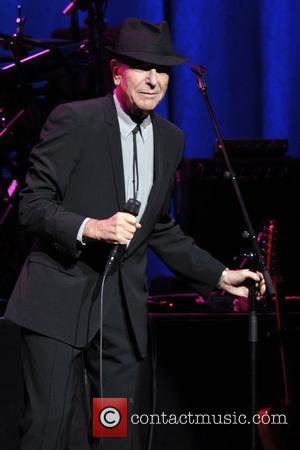 Beloved singer-songwriter Leonard Cohen is begging his peers to stop recording versions of his anthem HALLELUJAH - because he fears music fans will grow tired of the song if they keep hearing it.
The Rock & Roll Hall of Fame member doesn't like the fact his powerful ballad has become so popular again, thanks to cover versions by John Cale, Rufus Wainwright, k.d. lang, Jeff Buckley and Alexandra Burke, who scored a massive hit with the song after winning Britain's X Factor talent show last year (08).
Cohen tells Britain's The Guardian newspaper, "I was reading a review of a movie called Watchmen that uses it, and the reviewer said, ‘Can we please have a moratorium on Hallelujah in movies and television shows?’ and I kind of feel the same way. I think it’s a good song, but too many people sing it."