British Pop Star Leona Lewis Has Declared There Is "No Bad Blood" Between Her And Music Mogul Simon Cowell After She Exited His Record Label Last Year (14). 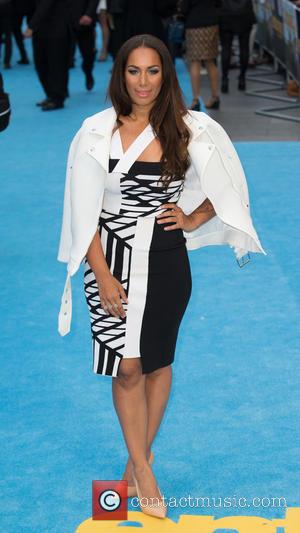 The Bleeding Love singer, who scored a U.S. number one with her debut album Spirit in 2007, spent seven years under the guidance of Cowell on his Syco label after she won his U.K. TV talent show The X Factor in 2006.

However, she left the roster in 2014 and later admitted she plunged into a spiral of depression as her career slumped.

She has since mounted a comeback and released her new single Fire Under My Feet under her new contract with Island records and Def Jam this month (Jun15), and Lewis has now spoken out to clear the air over her relationship with her former mentor Cowell.

Lewis tells the BBC, "There's no bad blood at all. He sent me a really lovely note the other week saying they miss me at the label. There's nothing but love there. He knew I had to leave. He was upset about it but it was time for something new so I'm excited about moving on and doing something different."

The singer goes on to reveal she had no choice but to leave Syco because the company grew in size and was focusing on other acts such as One Direction.

She adds, "It was amazing at first because it was very intimate and there wasn't a lot of people working for it. Then it grew and grew, which is great for them, but for me it wasn't so great."